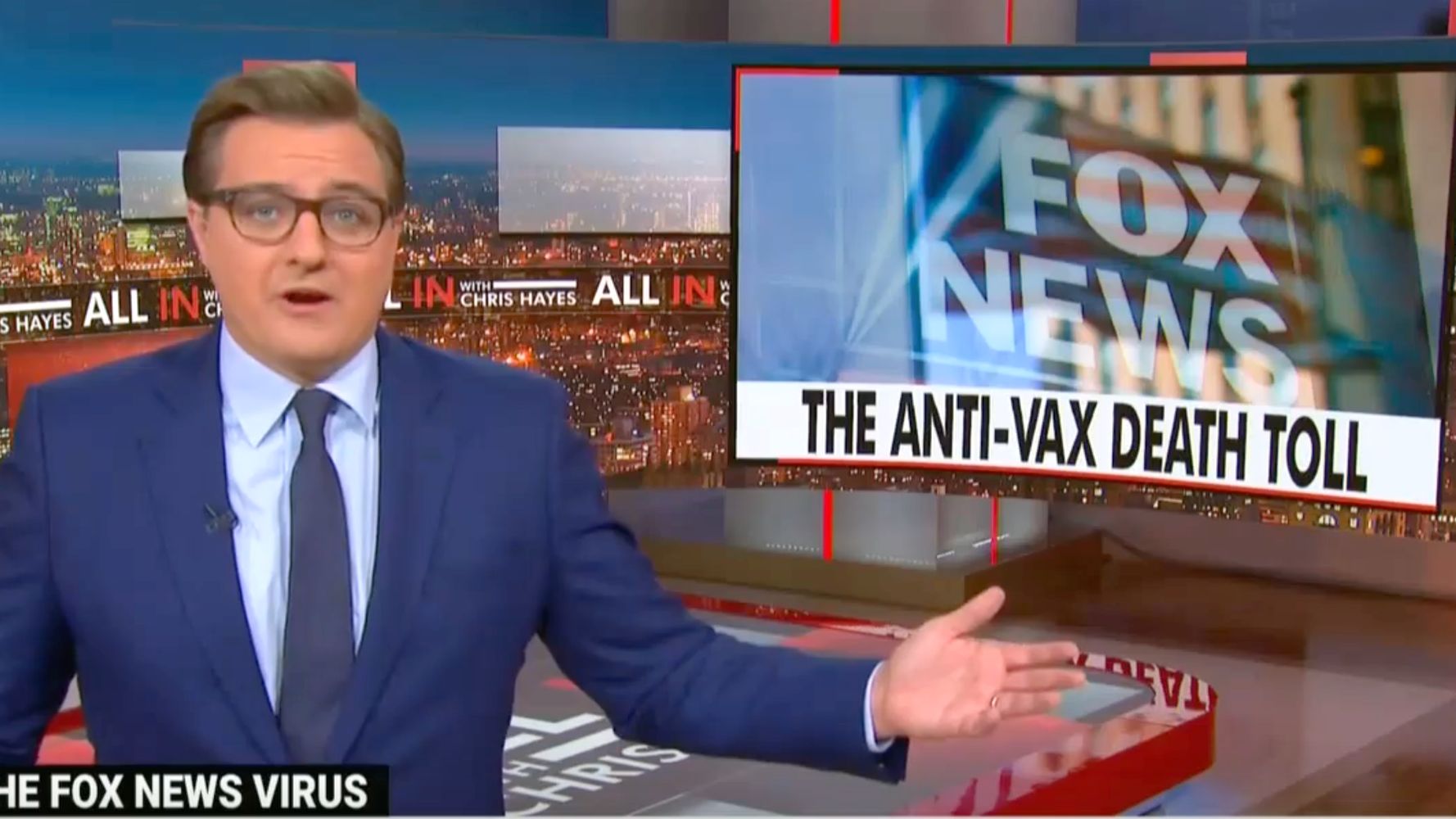 MSNBC host Chris Hayes on Tuesday tore into Fox News and one in every of its main purveyors of disinformation, Tucker Carlson, for selling distrust of COVID-19 vaccines.

Referring to Carlson as “vaccine public enemy number one,” Hayes aired an excerpt from Carlson’s program Monday evening wherein he interviewed Sen. Ron Johnson (R-Wisc.). The senator, who routinely spreads anti-vaccine misinformation, claimed falsely that the Pfizer COVID-19 shot will not be accepted by the Food and Drug Administration. It is and has been since August.

“I don’t know for sure if Ron Johnson is just confused and addled and can’t quite get there … or he’s just lying,” Hayes mentioned. “But Tucker Carlson, who works in news, doesn’t seem to care one way or the other.”

“Do not underestimate how many lies are being pumped into people watching these shows,” Hayes continued, pointing to a new study by progressive watchdog Media Matters that discovered Fox News undermined the vaccine efforts not less than as soon as on 99% of the times over the previous six months.

What makes this all so “aggressively cynical,” Hayes added, is the community and its executives’ hypocrisy.

Owner Rupert Murdoch, for instance, was one of many first to get the coronavirus vaccine in December, and has vouched for its efficacy. And the community itself has a coverage requiring all staff to be vaccinated or examined day by day, a mandate stricter than the one handed down by President Joe Biden that’s persistently attacked on Fox News airwaves.

Hayes additionally pointed to footage from inside Fox News’ bureau in Washington, which confirmed most staff carrying masks at work.

“Inside Fox News, everyone takes this seriously. They’re in on the joke I guess?” Hayes mentioned. “They understand the science is quite solid. They understand the methods preventing infection, severe illness, hospitalization and death. The methods for maintaining a safe workplace are all pretty clear.”

“When they go on air, they undermine that exact message,” he added.