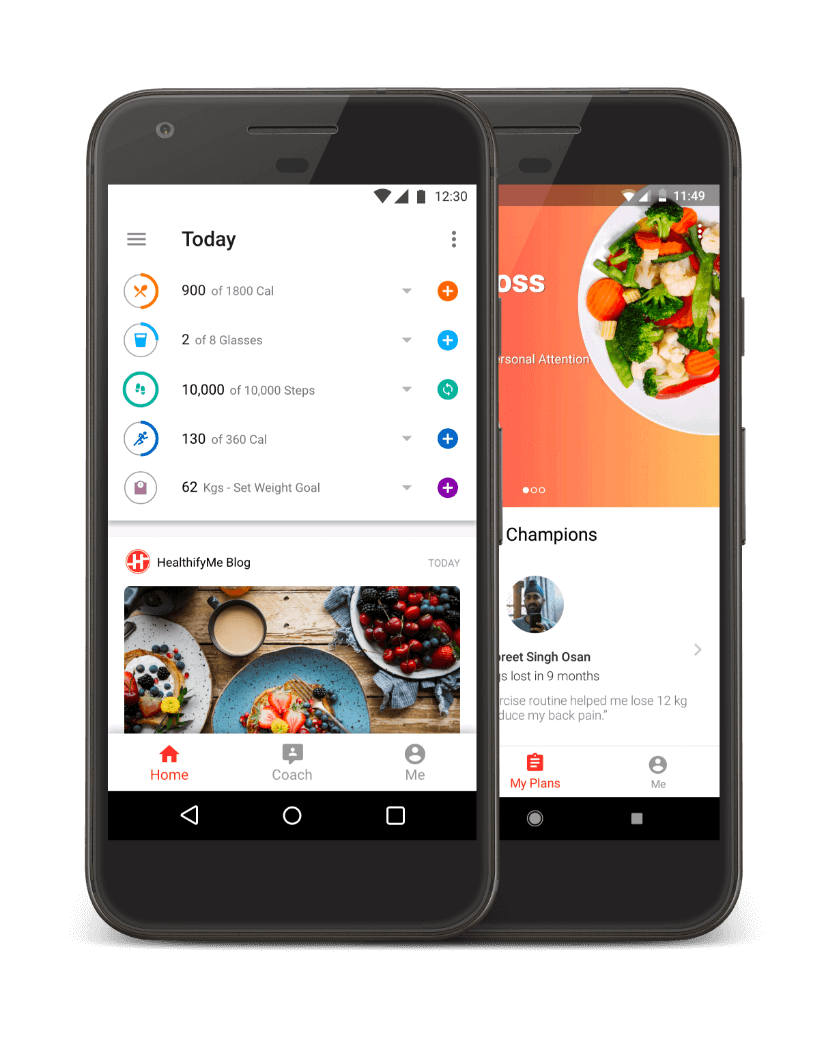 HealthifyMe, an AI-enabled health and fitness app from India, has netted $75 million in a Series C funding round led by LeapFrog and Khosla Ventures. The investing round was also joined by HealthQuad, Unilever Ventures, Elm of the Saudi Arabia Public Investment Fund, as well as repeat investors Chiratae Ventures, Inventus Capital and Sistema Asia Capital.

The company has so far raised over $100 million from various investors.

HealthifyMe claims to be India’s largest digital wellness platform with over 25 million users across 300 Indian cities and around 1,500 coaches. It harnesses AI to offer subscription-based health and fitness services, such as calorie tracking, one-on-one nutrition and fitness coaching, and diet and workout plans. Available on both iOS and Android devices, the app also features AI nutritionist Ria who acts as a personal health assistant.

The platform recently introduced two latest products: HealthifyPlus, a programme for users with chronic conditions, such as diabetes, PCOS and hypertension; and HealthifyStudio, which offers live workout classes.

The company also delivers wellness programmes to over 100 companies around India.

HealthifyMe has been launched outside India, such as in Malaysia and Singapore where its offerings are localised.

With its fresh funds, HealthifyMe is set to take its app worldwide, targeting an expansion in India, Southeast Asia and North America. Based on a press statement, the company is looking to acquire companies in the health and wellness space to boost its expansion efforts. Also, it intends to set up offices and teams in the San Francisco Bay Area and Southeast Asia.

The company said it will build its leadership team and recruit people in key positions across operations, human resources, technology and marketing. It will also double the number of its engineering and design staff and hire over a thousand trainers and coaches this year alone.

The World Health Organization has estimated nearly 2 billion adults worldwide to be overweight or obese. In 2017 alone, about 4 million people die from diseases related to obesity.

Companies addressing this issue were projected to reach a value of $3 billion by 2025. Among notable players is Noom, which in May scored a whopping $540 million from a funding round. Another company, WW International, launched in January a subscription-based digital weight loss programme.

Meanwhile, HealthifyMe said it is on its way to hit $50 million in annual recurring revenue by yearend.

“We are excited to partner with Leapfrog, Khosla Ventures and other global investors in our mission to healthify a billion people. We are already the market leaders in India and Southeast Asia and by combining AI and human empathy, we can deliver results in weight and lifestyle disease management at a fraction of the cost possible today,” said HealthifyMe Co-founder and CEO Tushar Vashisht.

“With our Series C, we are excited to take our offerings global – North America being a key part of the plan – and we are looking forward to hiring and partnering with people around the world who are passionate about using technology to drive positive behaviour change,” he added.